In 2015, NVIDIA’s Deep Learning Institute delivered more than 16,000 hours of training to help data scientists and developers master this burgeoning field of AI – and the need for deep learning training is rapidly growing.

In the next four months developers can take more than 80 instructor-led workshops and hands-on labs at one of the eight GPU Technology Conferences around the world – starting this week at GTC China.

“We want to share all our knowledge about deep learning with the world so others can create amazing things with it,” said Mark Ebersole, director of the institute. 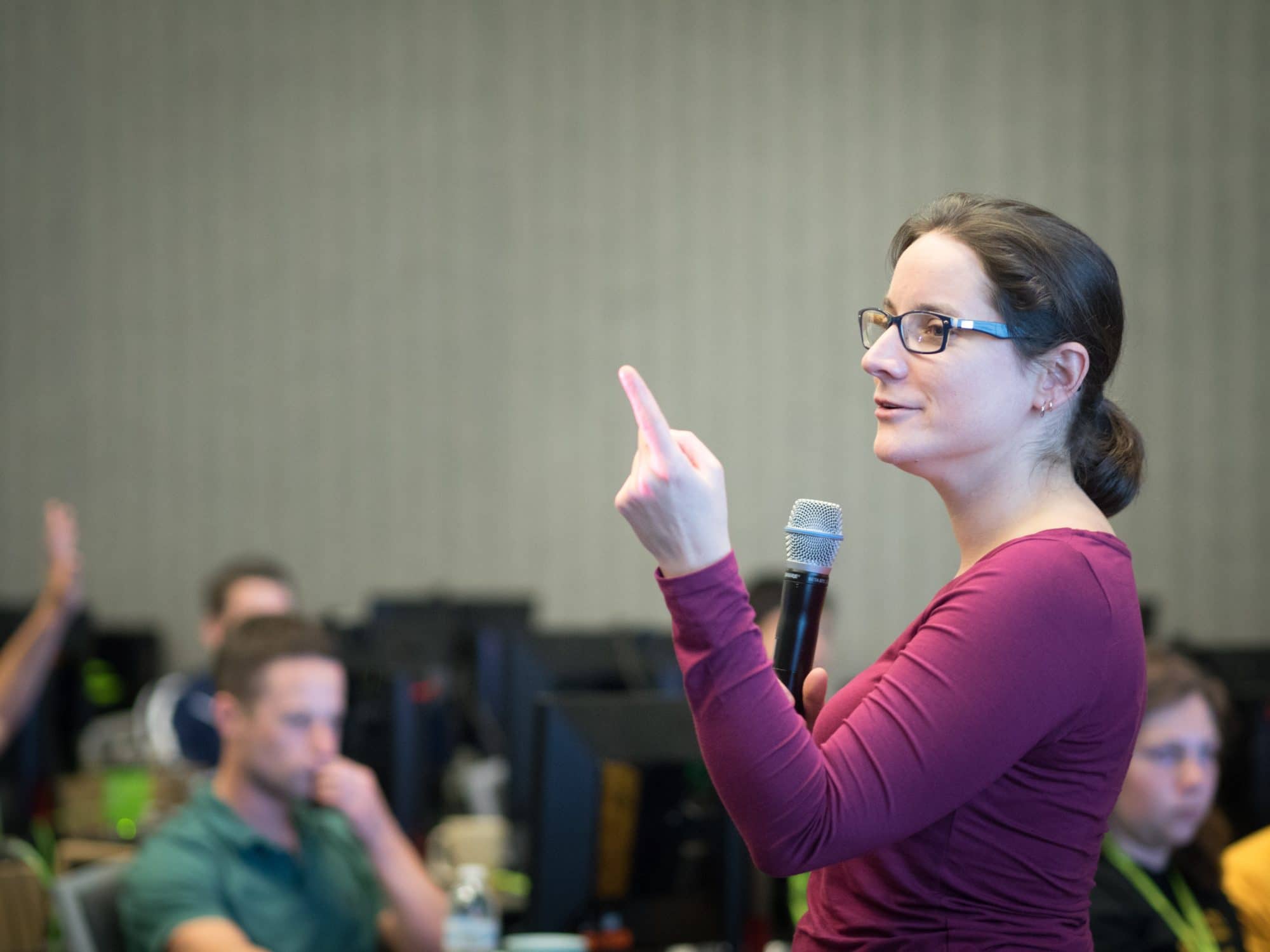 Records were made to be broken, and drones are no exception. Teal Drones unveiled its first production product, Teal, a Jetson TX1-powered drone capable of flight speeds in excess of 70 mph. That makes Teal the world’s fastest production drone.

But Teal is as much a flying supercomputer platform as it is “just” a drone. Set to ship with an SDK and its own operating system — Teal OS —Teal is designed with user- and developer-friendliness firmly in mind. The drone will ship fully assembled and ready to fly straight out of the box, with the SDK providing access to software and hardware development via onboard USB ports. Built for a wide variety of uses, from drone racing to industrial applications, Teal features an onboard camera for still image and video capture, integrated storage and a microSD expansion slot, and the full visual computing power of the NVIDIA Jetson ecosystem for machine learning, image recognition, and autonomous navigation applications.

The company’s backstory is nearly as compelling as its first product. Teal Drones was founded by George Matus, Jr. Matus built his first drone from scratch at age 14, was selected as a Thiel Fellow at 16, and as CEO of Teal Drones, built the fastest production drone in the world at the ripe old age of 18. To hear him tell it, the drone itself is just the beginning of his vision for Teal.

Programmed with the latest artificial intelligence software, Betty will spend the next two months working as an office manager at Transport Systems Catapult monitoring staff and check environmental conditions.

The robot, developed by engineers at the University of Birmingham, uses NVIDIA GPUs for various forms of computer vision — like feature extraction — and 3D image processing to create a map of the surrounding area. This allows Betty to identify desks, chairs and other objects that she must negotiate while moving around the office, and observe her colleague’s movement through activity recognition.

“For robots to work alongside humans in normal work environments it is important that they are both robust enough to operate autonomously without expert help, and that they learn to adapt to their environments to improve their performance,” said Dr Nick Hawes, from the School of Computer Science at the University of Birmingham. “Betty demonstrates both these abilities in a real working environment: we expect her to operate for two months without expert input, whilst using cutting-edge AI techniques to increase her understanding of the world around her.”

Betty is part of an EU-funded STRANDS project where robots are learning how to act intelligently and independently in real-world environments while understanding 3D space.

OpenAI Creates a Gym to Train Your AI

OpenAI Creates a Gym to Train Your AI

OpenAI Gym is a suite of environments that include simulated robotic tasks and Atari games as well as a website for people to post their results and share code.

OpenAI researcher John Schulman shared some details about his organization, why reinforcement learning is important and how the OpenAI Gym will make it easier for AI researchers to design, iterate and improve their next generation applications.

Created by researchers at the Hong Kong University of Science and Technology, the MoodBox speaker is billed as the first ever high quality wireless speaker that senses human emotions.

“We are bringing the latest R&D in speech, music and emotion recognition technology to people’s lives,” explains creator and emotional intelligence pioneer Pascale Fung, PhD. “When you speak to MoodBox, the predictive engine delineates emotional state from tone of voice and content of speech.”

With less than two weeks remaining of their Indiegogo campaign, the team already surpassed their $40,000 funding goal.