Those classic Atari games were harder than you think 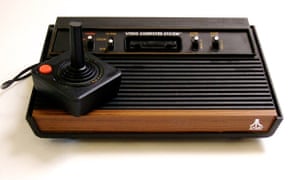 The Atari 2600 console – the games looked simple, but they weren’t

The thing is, classic Atari games such as Space Invaders, Pong and Breakout were, despite their visual limitations, much more complex than our modern minds give them credit for. Indeed, many of these games set in place the fundamental mechanics that modern titles are still utilising – and they are deceptively deep, even for a Deep Mind AI gamer.

It turns out the Deep Mind program fared very well against titles that allowed it to learn systems through simple trial and error such as Video Pinball and Breakout. However, it failed spectacularly at games that required the participants to build a mental map of the level and develop long-term strategies, or that required the mastery of different skillsets, such as the more complex shooters Zaxxon and Gravitar.

However, learning to play and master any of these games is a significant feat, despite their chunky aesthetics. Here are four classic Atari titles and why they’re not quite as basic as they appear.

Designed by electrical engineer Al Alcorn and launched as an arcade machine in 1972, Atari’s legendary bat and ball simulation, is widely considered the most basic interactive electronic game possible. Indeed, Atari founder Nolan Bushnell once said to Alcorn: “I want to make a game that any drunk in any bar can play.”

But Pong is actually a very important early example of game physics – the ball reacting to surfaces in different ways. When it hits a wall, it simply rebounds at a mirror-opposite angle.

However, each of the bats is actually divided into eight sections, each providing a slighting different angle of return. Therefore players are able to develop strategies, planning the return gradient so that the opponent is unable to quickly guess where the ball will return to, leaving them stranded in the wrong part of the screen. Consequently, players – or indeed computer programs – with a knowledge of projectile displacement physics have a distinct advantage.

Created as a single-player version of Pong, Atari’s wall-breaking classic was designed by Bushnell, with help from Steve Wozniak and Steve Jobs who would, of course, later go on to found Apple. Players simply use a bat at the bottom of the screen to knock a ball into rows of coloured bricks, smashing anything it hits. Once again, the bat has different impact zones that affect the angle of the bounce.

Extra depth comes from the fact that the ball speeds up when the player reaches the upper layers of the walls, and then the bat shrinks to half its size when the ball finally hits the top wall. This is an early example of gameplay balance, with a system that increases the level of challenge as the player begins to excel. The fiendishly compulsive “tidying up” format of the game would later become a staple of the puzzle genre (see Tetris).

Originally devised by Tomohiro Nishikado, a designer at Japanese arcade company Taito, Space Invaders is – alongside Pac-Man – one of the best-known video games of all time. Players shoot at waves of aliens as they descend to Earth, occasionally blasting a UFO as it whizzes across the top of the display.

Seemingly simple, the game was one of the first to introduce a smooth difficulty curve, the invaders speeding up as they get closer. Incredibly, this was actually a bug: the archaic processor was able to handle the movement more efficiently when there were fewer objects on screen. But Nishikado kept it.

Alongside the cowboy shoot-’em-up Gun Fight, Space Invaders (which was later ported to the Atari 2600 console) also popularised the “cover” mechanic, providing a row of destructible barriers for the player to hide behind. It is a feature that would later be brought to more complex action adventures such as Grand Theft Auto and Gears of War.

Indeed, Hideo Kojima, the creator of the multimillion-selling Metal Gear Solid series credited Space Invaders with inventing the “stealth” game genre, as players could sneak from barrier to barrier evading the attention – and bullets – of the extraterrestrial enemies.

Created using monochrome “vector” graphics by Atari coders Ed Logg and Lyle Rains, Asteroids has players controlling a tiny ship as it blasts passing space rocks. Once again, however, the basic set-up hides a complex challenge. The ship itself is piloted using thrust and inertia, an intricate physics system, that adds a significant skill factor to the multi-directional movement.

The game also exhibits a clever difficulty curve: when larger asteroids are blasted they split up into faster moving rocks, considerably increasing the challenge. And it experiments with contrasting AI enemies. Two different flying saucers can appear on screen – a large one that fires inaccurately, and a smaller one that is much more deadly.

Released in 1979, Asteroids was a smash hit, selling more than 70,000 arcade machines. Players were so addicted to its merging of simple visuals with intense action that they began to work out and exploit its systemic features. A good Asteroids player knows that leaving a single slow moving rock on screen and using it as a barrier from which to blast saucers is the way to huge high scores. It’s a technique known as “lurking” and its one of the earliest example of players gaming the system for tactical advantage.