Unreal Engine is designed for forwarding compatibility, so you can get started with next-gen development now in UE4 and move your projects to UE5 when ready.

Weta Digital has been investigating real-time technology and its impact on linear content development with an initial focus on fur and feathers to see what level of detail can be achieved.
As real-time technology becomes an increasingly important part of the filmmaking process from previs to final pixels, Weta Digital is exploring just how far they can push movie-quality hair, fur, and feathers for linear storytelling in real-time. The result is ‘Meerkat’, a short film rendered entirely in Unreal Engine. This project aims for the highest possible quality while maintaining as fast a frame rate as possible in Unreal Engine—up to real-time, depending on your graphics card.
The scene and source files for this piece are now available as a free sample project for you to explore, learn from, and reuse.

Creating Virtual Reality Experiences for the NFL with GPUs The Tampa Bay Buccaneers unveiled a state-of-the-art experience to provide fans with the ability to virtually sample the new gameday enhancements that will debut beginning with the team’s 2016 season.

While the new Raymond James Stadium is under construction, current and prospective ticket holders can use a virtual reality headset to experience the new stadium before it opens in September. The realistic preview is also valuable in attracting potential sponsors by helping executives visualize their company’s logo inside the stadium.

Brian Killingsworth, chief marketing officer of the Buccaneers, said the Bucs are the first professional sports team to integrate video and a “three-dimensional environment with full freedom of motion touring capabilities.” An aerial view of what the overhauled Raymond James Stadium will look like for the 2016 season. (Tampa Bay Buccaneers)

“We’re seeing a massive opportunity to leverage the technology to give a view from the seats from a season-ticket perspective, and of course corporate sponsors are really important to the finances of a particular team. When folks have their first opportunity to experience virtual reality, that alone helps qualify a sales pitch,” MVP Interactive CEO James Giglio said.

Welcome to Unreal Engine 4.10! This release is packed with a number of great new features, but our main focus has been to increase engine stability and fix outstanding issues. Hundreds of reported bugs have been bashed, many new quality of life improvements were added, and virtually every supported platform has received updates.

Unreal Engine is designed for incredible VR experiences, and every release it gets better. Epic’s “Bullet Train” VR demo is powered by new features in this version, with new rendering optimizations designed specifically for head mounted displays.

Mobile gets a nice upgrade in this release too, with new scalability features and support for refraction.

Last but not least, great news for programmers: You can now use Visual Studio 2015 for development on Windows. And on Mac, we’ve revamped our Xcode projects to allow you to work more efficiently. We’ve also refreshed our target platforms with support for latest SDKs.

Refraction effects are now fully supported on mobile platforms. Your existing shaders with refraction will automatically work on mobile devices in this release — no extra steps are required!

Your VR games get faster in this release, thanks to new rendering optimizations specifically for head mounted displays. We’ve implemented a new “Hidden and Visible Mesh optimization” to reduce the GPU overhead of VR rendering.

These two optimizations ensure that we do not spend GPU time working on pixels that will not be displayed in the actual device, because of lens distortions. The hidden area mesh works as a prepass, where we take a mesh that represents the area hidden from view, and reject everything behind the mesh. Next, for the post-processing stage, we use the inverse of that mesh, which represents the visible pixels, and then only run post processing on those. By using these two techniques, you get “free” performance! On “Bullet Train,” we saw about 0.25 ms total savings on the PC, where the total frame time is only 11ms. On console platforms you can expect to see much larger performance gains!

Unreal Engine has been updated to Visual Studio 2015 on Windows platform!

Visual Studio 2015 includes many new improvements that should help your workflow, including support for new modern C++ language features like uniform initializers and delegating constructors. The new compiler is also very standards-compliant and will detect more errors in your code.

Important: The launcher distribution of the engine now requires Visual Studio 2015 with C++ support enabled. Please upgrade your team now! If you use the New Project wizard inside Unreal Engine, we’ll help you get Visual Studio 2015 downloaded and installed.

Important: The Visual Studio 2015 installer does not install C++ by default when installing manually. Make sure to choose “Custom” when prompted, then expand the Programming Languages section, and check Visual C++.

When compiling your project the first time, be on the lookout for new compiler errors reported because the new C++ compiler is more strict. Microsoft has posted this document with examples of changes that could affect your code.

The new Material Quality system allows your game to easily scale all the way down to low end devices, without sacrificing quality on more modern devices!

You can now generate Low, Medium and High quality versions of shaders for all materials! With each tier, you can selectively disable rendering features to increase performance on low end devices. UE4 will automatically detect a good default quality level for many popular devices.

Platform highlights in this release:

Using the new Mirror Tool you can easily make symmetrical landscapes. This is really useful for competitive two-team landscape levels!

We’ve updated Motion Controller Components to now do a late-update right before we begin rendering. You can see the difference between a late-updated and a non-late-updated component’s position and rotation below. The screenshot was taken during a normal speed, side-to-side arm motion.

This is the same technique that we use to reduce latency with head mounted displays. We now update Motion Controller Component positions twice per frame: once during the input tick, and once again right before we render. That means that controls will feel more responsive, and better reflect what the player is doing in the real world. This feature is enabled by default.

Here’s what you can do with this feature:

Android now supports Web Browser widgets created either in a Widget Blueprint or in C++ using Slate code. This can be used to display content hosted anywhere on the web, for example a news messages to your users or help text.

Multiple gamepads are now supported for Android along with identifying some common controller types and mappings.

The following Android controllers are automatically detected. Others will fall back to generic mappings.

Other new features for Android controllers:

Quick note about supporting more than one controller at the same time: Pressing a button on an unassigned gamepad will now associate the device ID with the first unassigned controller ID. Gamepad to controller ID assignments may also be queried or cleared with three new Blueprint nodes:

We’ve greatly improved how Xcode projects are generated for your game! You’ll now have access to Xcode’s live issues and “Fix It” features, and indexing is much faster. Plus it’s way easier to switch between build configurations!

Instead of a single project containing multiple targets we now have a workspace consisting of multiple projects, one per target. You now open UE4.xcworkspace instead of UE4.xcodeproj in Xcode. Each project in the workspace creates a single scheme that’s used to build various UE4 targets. What is being built and run is determined by active configuration and platform.

New target selection on the left, old on the right.

You’ll no longer have to worry about which executable to run. Xcode will automatically choose the correct app when you switch build configurations. Please note that changing the active configuration does not update the Executable drop down in the scheme editor, that’s a known issue with Xcode. It will, however, use the correct app when you run from Xcode. 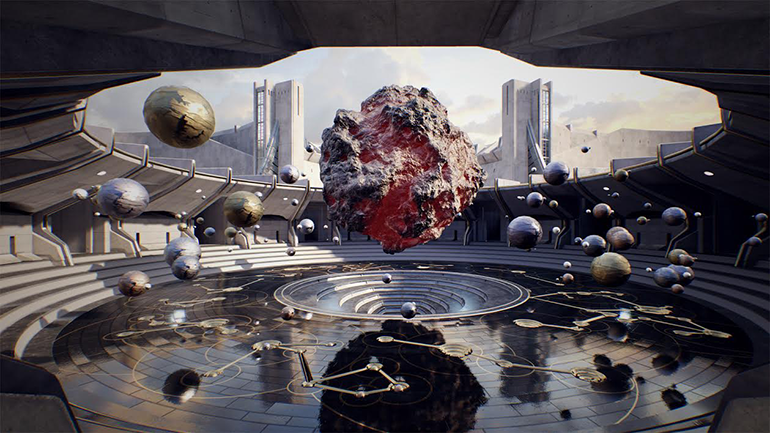 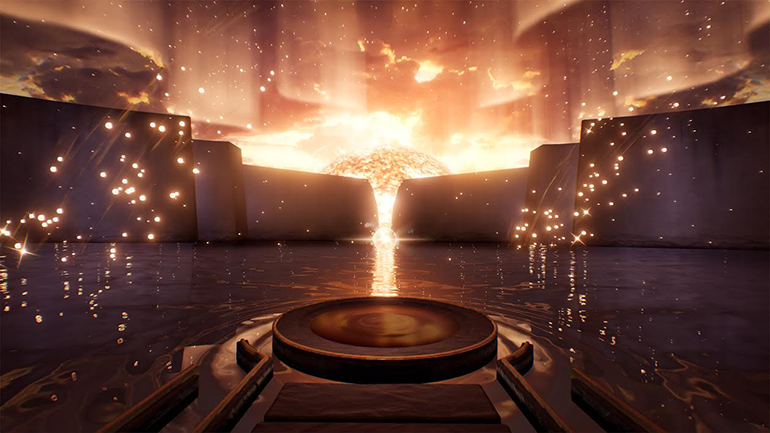 ProtoStar introduces a slew of new Unreal Engine 4 rendering achievements on mobile, including: 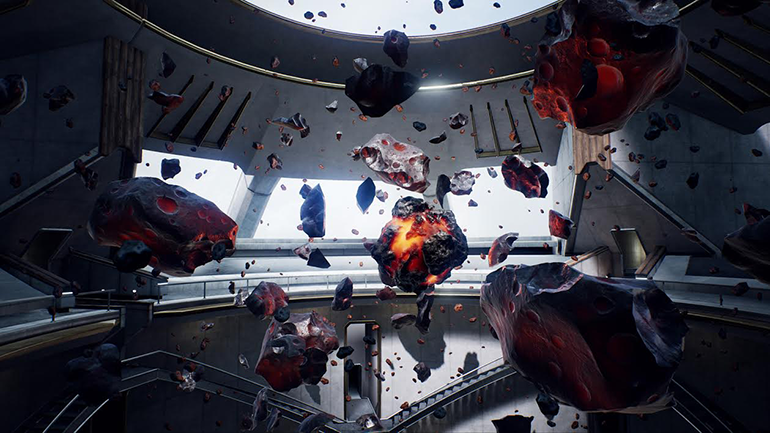 Remember Me and Life Is Strange Dev Announces Vampyr

Dontnod, the French developer which previously released Remember Me and Life Is Strange has announced its next game at E3 2015, Vampyr, a role-playing game for Xbox One, PlayStation 4, and PC that will use Unreal Engine 4.

Vampyr is set in set in an early 20th century Britain, which is thrown into chaos by a lethal Spanish Flu, and vampires that haunt the streets at night. Player will take on the role of Jonathan E. Reid, a military surgeon that becomes a vampire when he returns home from the war.

During the game, players will explore London, accept missions, and eventually have to decide who they’ll feed on.

“Absolutely all characters in the game are potential victims of your vampiric lust,” the developer said in a release. “Carefully study the habits of your next victim, his or her relationships with other characters, and set up your strategy to feed, unnoticed: seduce them, change their daily habits, or make sure they end up alone in a dark street.”

Vampyr’s combat includes, melee, shooting mechanics, and supernatural vampire abilities that’ll help you take on different species of vampire creatures as well as vampire hunters. Player will also be able to create their own weapons using a deep crafting system and materials looted from defeated enemies.

Vampyr will be published by Focus Home Interactive in 2017.