Expanding the reach of its VR First academic initiative,Crytek today announced a new strategic partnership with the Institute of Electrical and Electronics Engineers (IEEE).

The IEEE is the world’s largest professional association for the advancement of technology, and supports a network of over 2,300 universities worldwide by providing course accreditation and learning resources.

Tom Coughlin, Director of the IEEE Region 6 and Chair of the IEEE Consumer Electronics Society Future Directions Committee, said: “Providing laboratories at Universities and Colleges where students can learn and create using state-of-the-art VR tools will be important to prepare the next generation of innovators who will make these technologies a part of our daily lives.”

Welcoming the partnership, Ferhan Özkan, Crytek’s Senior Business Development Manager Partnerships & Alliances, said: “Collaborating with the IEEE dramatically broadens the potential reach of VR First, and emphasizes our commitment to ensuring the program makes a genuine impact on the landscape of VR research and development at the grassroots level.”

Crytek’s collaboration with the IEEE follows on from news that the VR First program – which provides state of the art VR research facilities on university campuses – is being rolled out to seven new academic institutions in North America with support from AMD, Leap Motion, OSVR, and Razer. 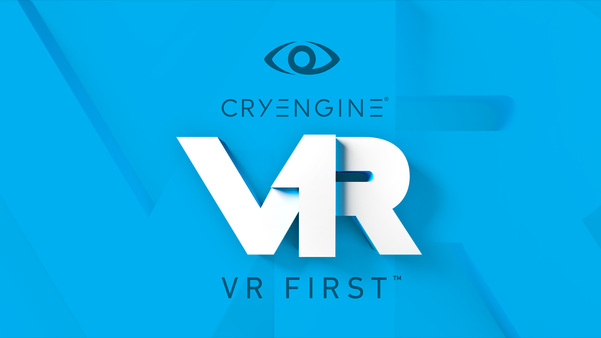 About the Institute of Electrical and Electronics Engineers

The IEEE is the world’s largest professional association advancing innovation and technological excellence for the benefit of humanity. IEEE and its members inspire a global community to innovate for a better tomorrow through its highly-cited publications, conferences, technology standards, and professional and educational activities. IEEE is the trusted “voice” for engineering, computing and technology information around the globe. There are more than 430,000 IEEE members in more than 160 countries.

VR First is an academic initiative designed to provide state-of-the-art facilities to anyone interested in exploring the power and potential of virtual reality development. The program encourages educational institutions around the world to establish dedicated VR labs on their campuses by partnering with Crytek and leading VR hardware innovators. VR First participants have full access to Crytek’s CRYENGINE software alongside the latest technology required for VR development. The overarching goal of VR First is to nurture new talent in VR development and create a global community equipped to embrace this exciting field of technology.

Crytek is an independent videogame developer, publisher, and technology provider with headquarters in Frankfurt am Main (Germany) and six other studios around the world. Established in 1999, Crytek has created multiple award-winning titles, including the original Far Cry, the Crysis series, Ryse: Son of Rome, and Warface. All of Crytek’s games are developed using CRYENGINE, the company’s cutting-edge 3D game technology, which is also the first choice of other leading developers and licensees when creating games for PC, Xbox One, PlayStation®4, and Android. Crytek’s ongoing growth in the games-as-a-service market has extended the company’s reach as they continue to deliver top quality interactive experiences to players through self-publishing platforms online.